"The Journey from Shirdi to Parthi..." - By Iyer V. Sathyanarayana 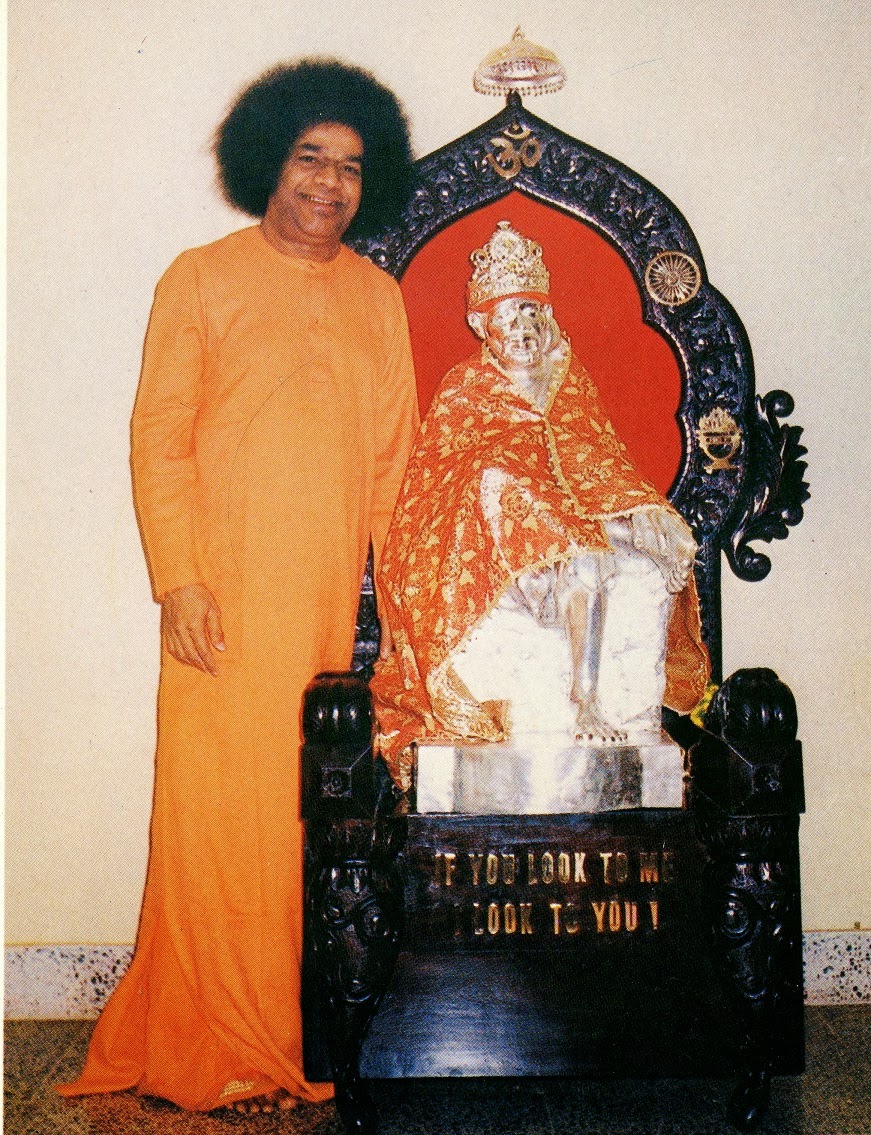 In every family, when the time comes, there will occur a turning point, which is accompanied by various circumstances. Here is the turning point that occurred in my family.

My parents were married on June 7th, 1970. My father was a civil Engineer and was very busy with his work. My mother was working in the Indian Oil Corporation at Bombay. They had a reasonably good income to live on. For about four to five years, life went on very smoothly. My father entered into various kinds of business and was very successful. They enjoyed all the luxuries of life such as a bungalow, a car and so on.

From 1970 onwards, my father and mother began going to Shirdi every year on December 31st to have Darshan of Shirdi Baba. My parents used to believe that the year would go on very smoothly if they had the Darshan of Shirdi Baba on the New Year day. Till 1976, they continued the practice. In the same year, a Hindi film named ‘Shirdi Ke Sai Baba’ was released. The film was a super hit and it was a revelation for many devotees. In the year 1977, when they went to Shirdi for Darshan, the whole atmosphere had changed. There were huge crowds, queues everywhere, long lines for Darshan and many commercial shops. However, they somehow managed to come back to Bombay. The practice of going to Shirdi was discontinued, after some time, due to various reasons.

Time went on and it was 1980. In the meantime, the only thing they lacked was a child, which they did not have for the last ten years. Every time my mother used to say, “God has given everything to us. Why is there no child in our house?” My father used to console her saying, “It is all the will of the Lord.” They had visited many temples, holy places and consulted the best gynaecologists in the city. Every time, they used to get the answer from the doctors that they were both perfect scientifically but there was no child. This made my mother very unhappy. She resigned from the company because of mental strain.

One day, some doctor suggested my mother to consult a doctor named Dr. Purandaran. Finding Dr. Purandaran in Bombay was very difficult as he always used to travel abroad. Somehow, they managed to get an appointment to meet him. He checked them thoroughly and said that they were medically perfect and that he could not guess the reason for their childlessness. He asked them to turn to God. 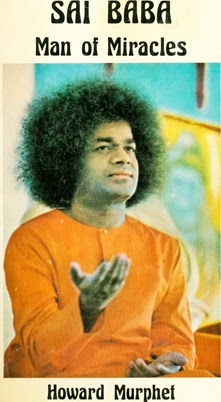 My father immediately asked the doctor, “Why did you bring God into Science?” Initially, the doctor got angry when questioned thus but later he calmed down and said, “Oh my boy, God is definitely above science.” There was a silence in the room for about ten minutes. Then the doctor opened his drawer, took out a book, gave it to my mother and asked her to read the book. The book was ‘Baba - The Man of Miracles’ written by Howard Murphet. In the ten years of married life, she realised that she lost track of her spiritual life. After seeing the book, immediately she felt that Bhagavan would fulfill her wish. Within a week’s time she got permission from father and she came to Puttaparthi in the year 1981 and started staying in Puttaparthi. In the next two years she spent most of her time in Puttaparthi.

She visited Bombay only to see my father, who was a very busy man. My father never discouraged my mother. My mother still remembers many times when Bhagavan used to come near her. Her only prayer to God was that she wanted to become a mother. Every time Bhagavan came near her, He never used to utter a word. She still believes Bhagavan tested her patience, and her devotion for about two years. Sometime in 1982, when Bhagavan came near her, she told Bhagavan, “Unless I become a mother, I am not going to leave Parthi.” As usual, Bhagavan smiled and went away without uttering a word. In the night, she prayed hard to Bhagavan and she had full faith in Bhagavan that He would help her. 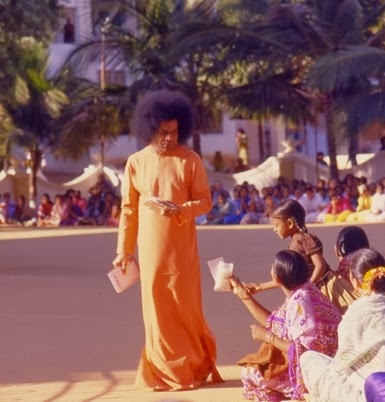 Next day she came for morning Darshan as usual. Bhagavan came near my mother, looked at her, smiled at her and said something in Telugu, which she was not able to understand. She politely said to Bhagavan, “Bhagavan I am very sorry. I did not understand what You said. Please help me.” Bhagavan was so gracious, He took a small piece of paper and a pen from someone near her, wrote, “BHAGAVAN APPROVES,” and gave it to her. She understood what Bhagavan meant. She came back to Bombay. She explained everything that had happened in those two years to my father. She was very confident that now very soon she would conceive by the grace of God.

A miracle took place within six months after she came from Parthi. After thirteen years of their marriage life, she conceived. Again, she had confidence that the child was going to be a boy and she wanted to bring up the child purely in a spiritual atmosphere.

It was on the noon of Thursday, October 6th, 1983 that I was born. My mother named me Sathyanarayana, to remember always that I am Bhagavan’s gift. This was the turning point in our life and it was then that they totally believed that “GOD IS GREATER THAN SCIENCE.”