The rainbow hues of Swami's laughter... 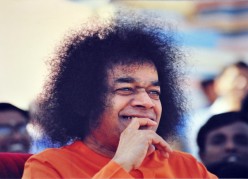 The story behind this gallery...

The sight of dear Swami (Bhagawan Sri Sathya Sai Baba) smiling is an unforgettable one. A single smile is able to soothe, comfort, delight and extract a reciprocation smile. And when He laughs, it is so infectious that the ripples seem to travel through the hearts of everyone present without exception. His laughter is whole-hearted and like that of a child. It is a sheer delight to watch Him smile or laugh. On those rare occasions when one witnesses Him smiling and laughing, what one feels cannot be expressed!

The gallery to follow is about one such occasion when Swami smiled and laughed. He actually started off with a smile and then progressed to hearty laughter.

The 11th of January every year witnesses the Annual Sports and Cultural Meet of the Sathya Sai educational institutions. In the year 2000, as a special gift to Swami for His 75th Birthday, the teachers too decided to join in the sports. When Swami was told of the events to be held, He was happy and excited as a child. He wanted to attend the rehearsals too (as always). And when He came for the rehearsal, one of the events displayed was the variant of the Blind Man’s Buff.

The teacher who came forward to participate was the jovial and genial Prof.Anil Kumar. He was blindfolded and given a stick in hand. He had to move forward about 10-15 steps and break a pot that was hanging by a string, striking it with a stick. After he was blindfolded, a student gently made him turn 2-3 circles to ‘confuse’ him. Then as Prof. Anil Kumar went ahead swinging the stick wildly in the air, trying to break the pot, Swami began to smile. The sweet professor, began to make very vivid expressions (in an attempt to make Swami laugh) and began to swing even more wildly in thin air. He succeeded and Swami began to laugh.

I was lucky to be present at the scene with my camera. The series of photos that I shot is one of the best and happiest ever of my life. Just like the 7 colors describe a beautiful rainbow, seven photographs describe the various hues of Swami’s laughter.

I am grateful to Prof. Anil Kumar for making Swami laugh so much and grateful to Swami for allowing me to make these captures for all humanity to enjoy. Swami was laughing so hard that in the last picture, you cannot say whether He is laughing or crying! Let me assure you, He was laughing!

It started as great interest... 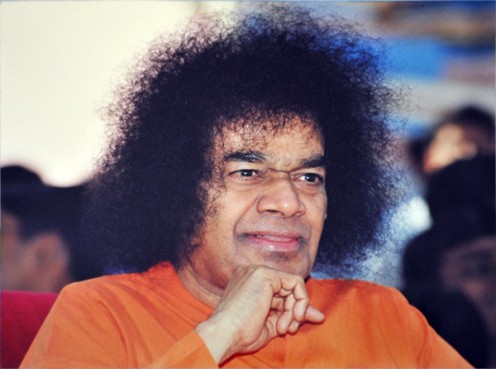 The first swing of the professor and He could not control Himself... 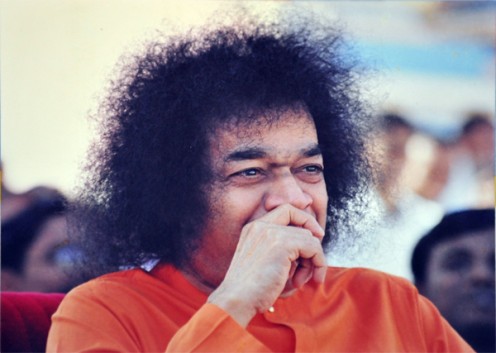 The second and third swings began to bring more smiles... 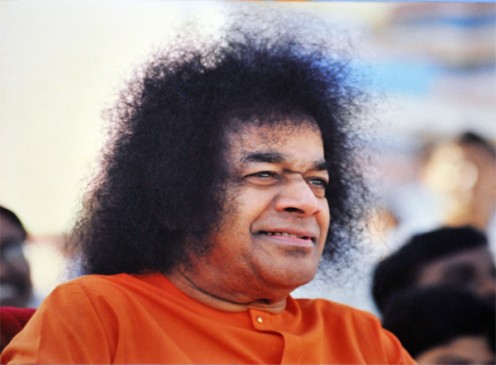 The facial expressions the professor made brought even more humor to Him... 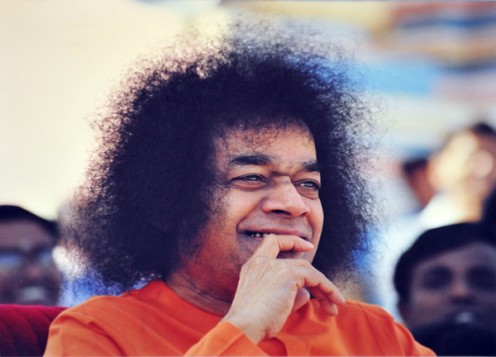 By now, everyone joined Him and there was laughter all around... 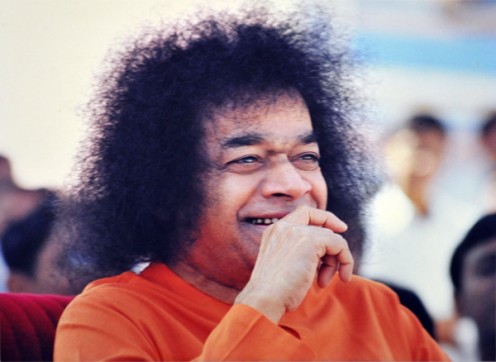 Soon, He was laughing uncontrollably... 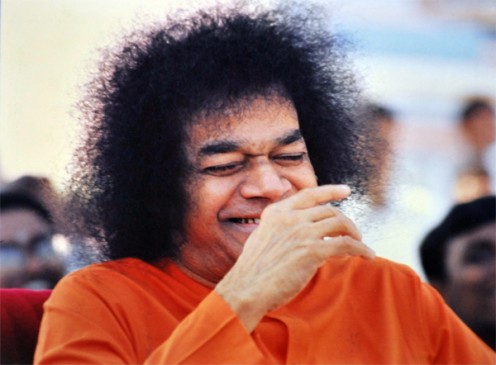 Tears came out of His eyes and the laughter continued... 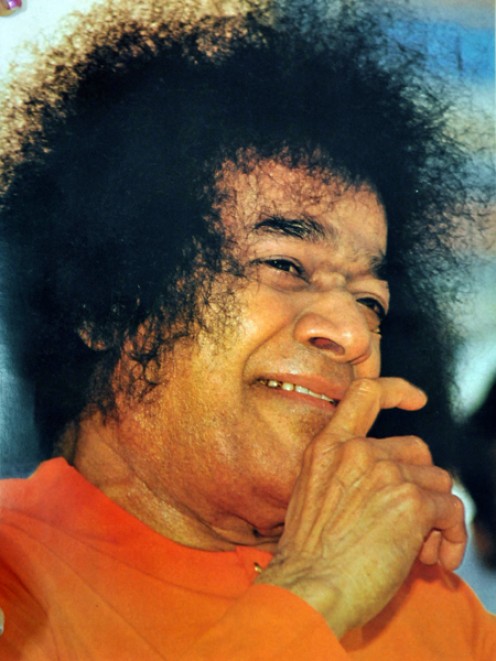 I have seen Prof. Anil Kumar make Swami smile and laugh in all kinds of situations through his words and actions. But personally, I feel this was his best effort!